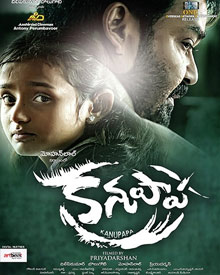 The Pandemic has made our busy lives mundane, but it did help us escape from the din and hustle to focus more on ourselves. While some enjoyed staying at home and chilling to pass the time, others enjoyed the amount of time they got to get back on their hobbies. Movie buffs got more time to catch up with timely favourites, while others got an array of content to watch and entertain themselves in the lockdown. This was because the number of OTT Platforms didn’t stop producing and purchasing content to sustain themselves and the industry that otherwise would have gone bankrupt in the Pandemic.

From several OTT Platforms to choose from, one such Streaming platform which is comparatively new to the market is AHA. AHA is an OTT Platform specialising in content from the Telugu film industry and movies from the South dubbed in Telugu.

With a wide range of genres, films, series, the platform lets you watch movies in Telugu and stream content in the language. One such film that is dubbed and streamed on AHA is Kaupapa.

Kaupapa is a Malayalam crime-thriller film Oppam which was later dubbed and released in Telugu in 2016.

A critical and commercial success, Kanupapa was praised for its outstanding performances and story, which was laced with the right amount of edge-of-the-seat moments to make it an engaging thriller must- watch movies online.

The film opens with a blind man Jayaram who has heightened senses and works as a lift operator in an apartment building in Kochi. Jayaram is loyal to Krishnamooty, a retired Supreme Court Chief Justice, who resides in the same building. On their usual conversations in the lift rides, Krishnamooty reveals his life’s danger to Jayaram, and from here on, the story paces up. It is revealed that Krishnamooty had to convict an innocent man Vasudevan, whose family, griefed by the news, committed suicide.

Vasu, angered and grieved, resolved to seek revenge by killing the Chief Justice. Hence Krishnamooty feels threatened for his life and his daughter Nandini’s as Vasu will soon be released. With a series of events taking place, Krishnamooty gets killed, and Jayaram is convicted for the murder and the disappearance of the money he left for his daughter. What follows is how Jayaram tries to get the real culprits to suffer from their crime by using his heightened senses. How Jayaram does so and brings a happy ending to his and Nandini’s life forms the rest of the plot.

Kaupapa though not being a Telugu film shows the cinematic excellence that South-Indian films produce. In an industry that produces 200 films a year, maintaining quality can be tough, but they have managed to do so.

Check out the AHA Website to watch this brilliant film for free, and if you enjoy the content, then stay back for more as AHA provides you with a curated list of Telugu content, and you can also watch movies in Telugu.